When I was asked to make a large vase using a wedding bouquet, the excitement kicked in straight away when I started to think about how the vase would be constructed and how the flowers would be used. What made it really special was making it using the flowers that were from the customers actual bridal bouquet on her wedding day. What a great way of being able to keep your flowers forever!

The bouquet was actually almost a year old, so the thistles and pretty little white gypsophila had dried out. This didn’t matter too much, as a lot of the flowers I use in the studio are often dried out after they have been reused.

I began by unraveling the bouquet to reveal the individual stems. The great thing about gypsophila is that it is quite a voluminous flower when placed in bulk so there was plenty to work with. 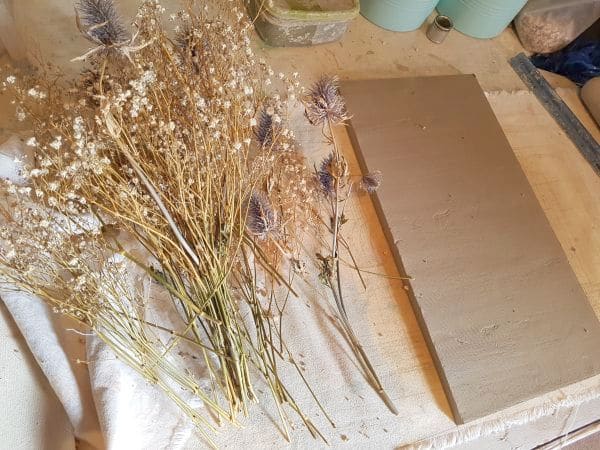 The requested size of the vase was to be approx 40cm in height, so I rolled out sections of clay just over 40cm in length to allow for shrinkage. 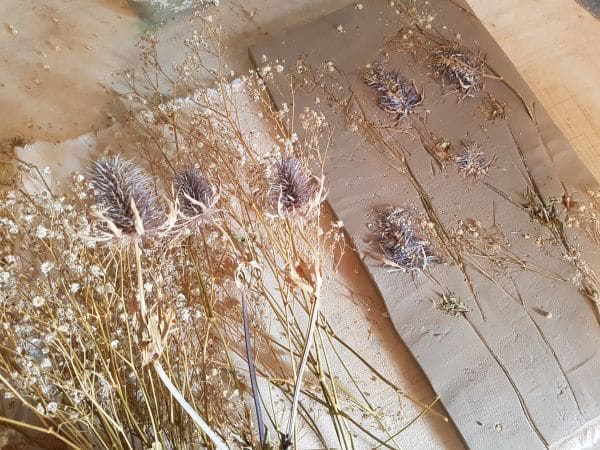 The flowers were then rolled in to the surface of the prepared slabs while the clay was still nice and soft. I left the sections to dry out a little over night to get rid of some of the moisture. 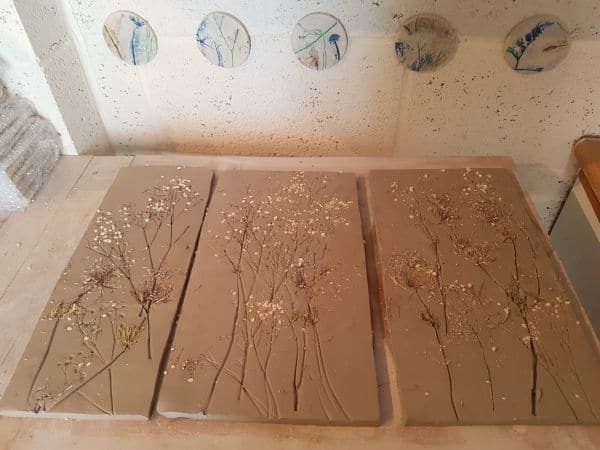 Once the clay was a bit more easier to handle after stiffening up, the sections were joined together onto a round base using scored marks and slip. 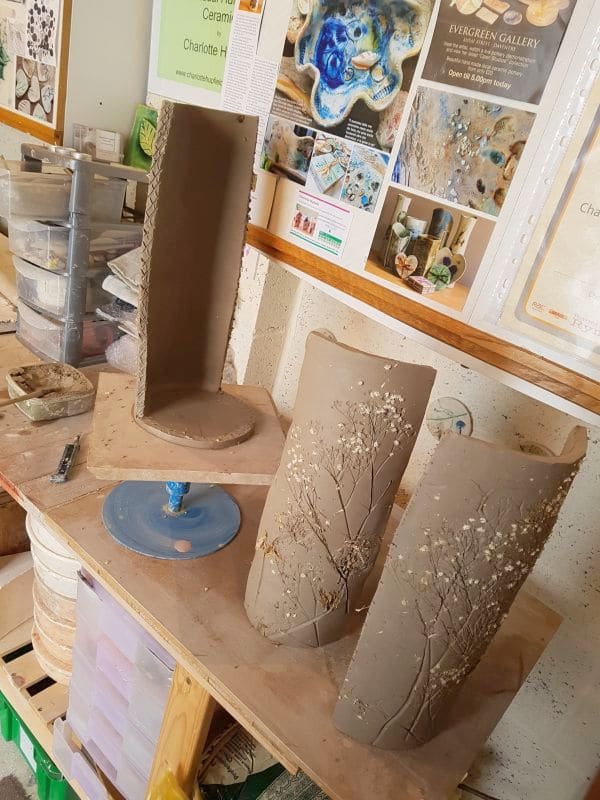 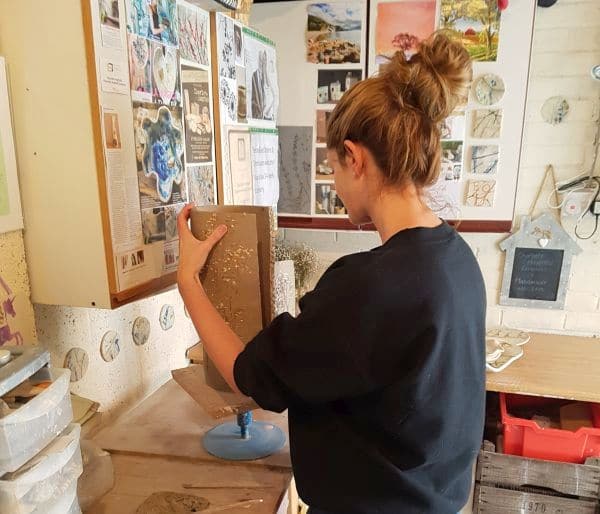 It was really important that the insides were sealed fully for the vessel to be able to hold water. Extra time was taken to ensure no internal cracks or warping would occur during the firing. 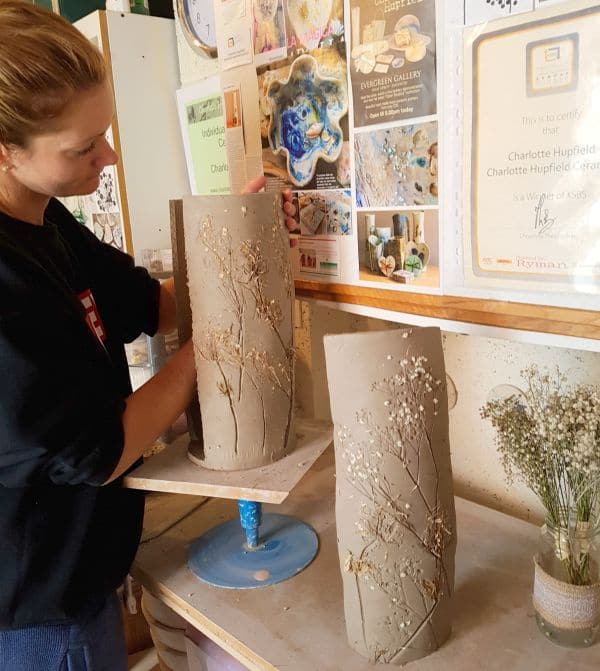 Once fully constructed, some fettling and moulding took place. I used my hands to mould the overall shape while the clay was still fairly soft. 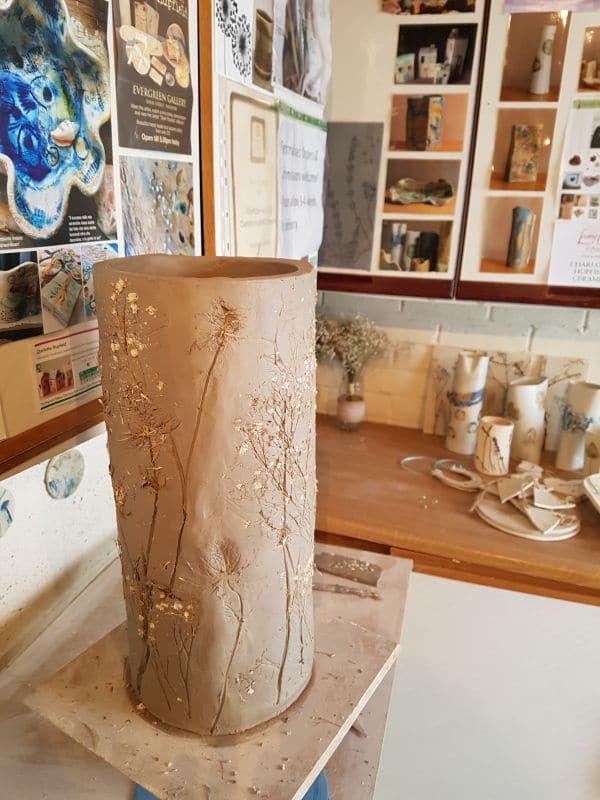 Once dry, underglazes were applied. The customer wanted grey and blue to match her kitchen. 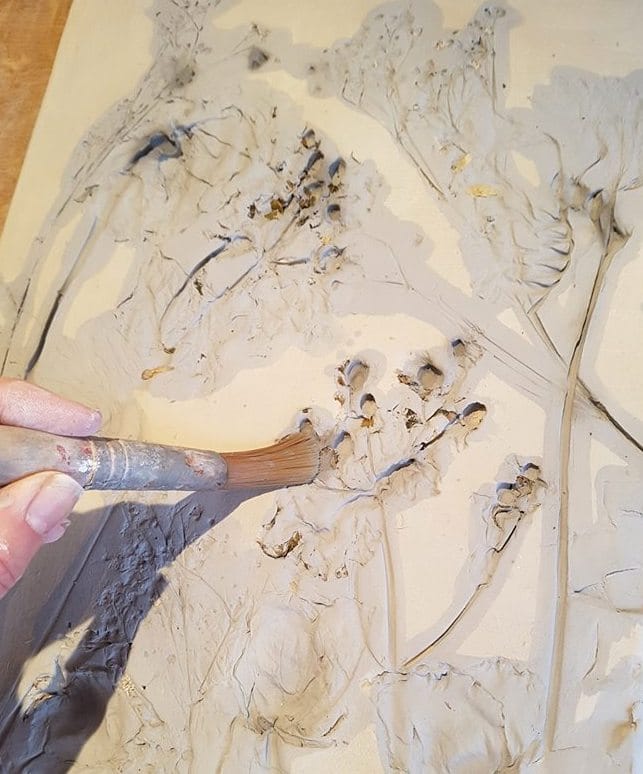 A lovely smooth matt glaze was applied overall, with a contrasting shiny dappled white glaze on the interior. 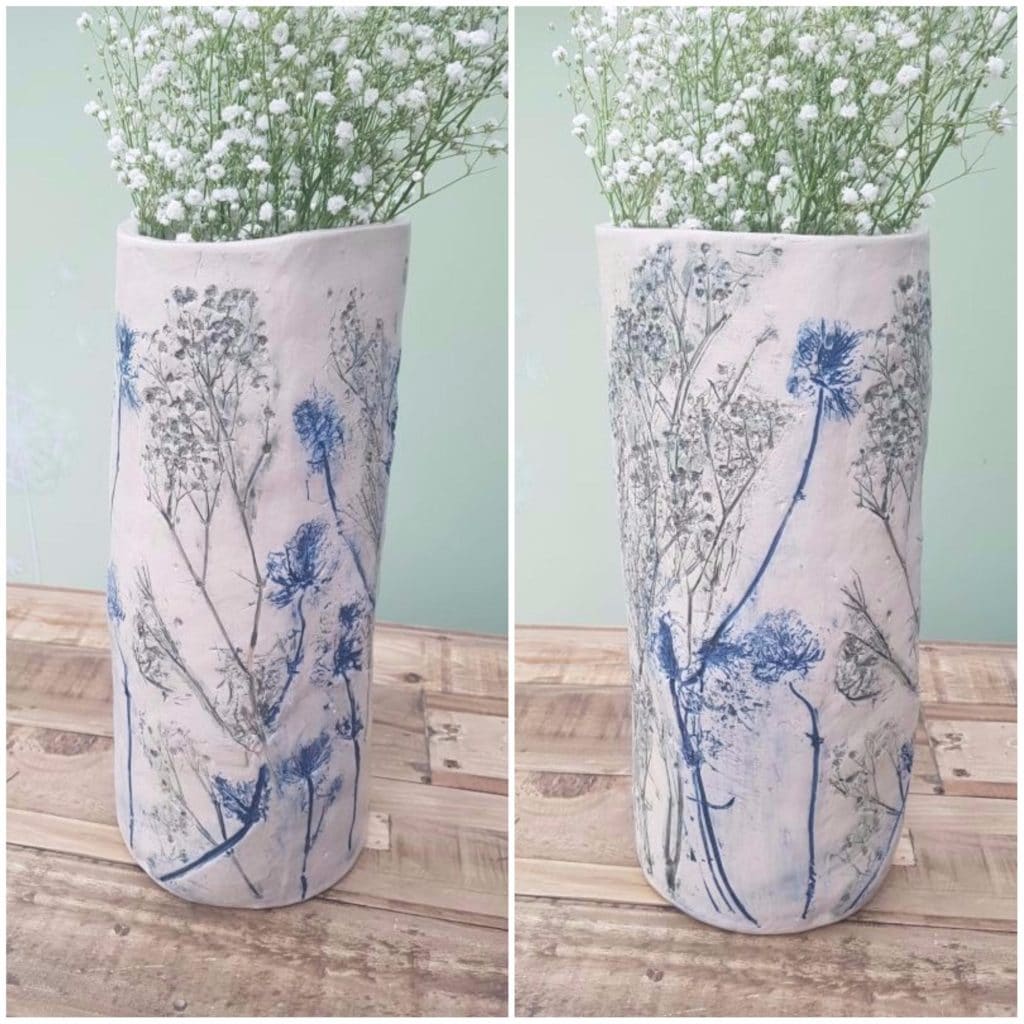 After 2 days waiting to open the kiln door… phew! The vase was still in one piece and the colours looked amazing. 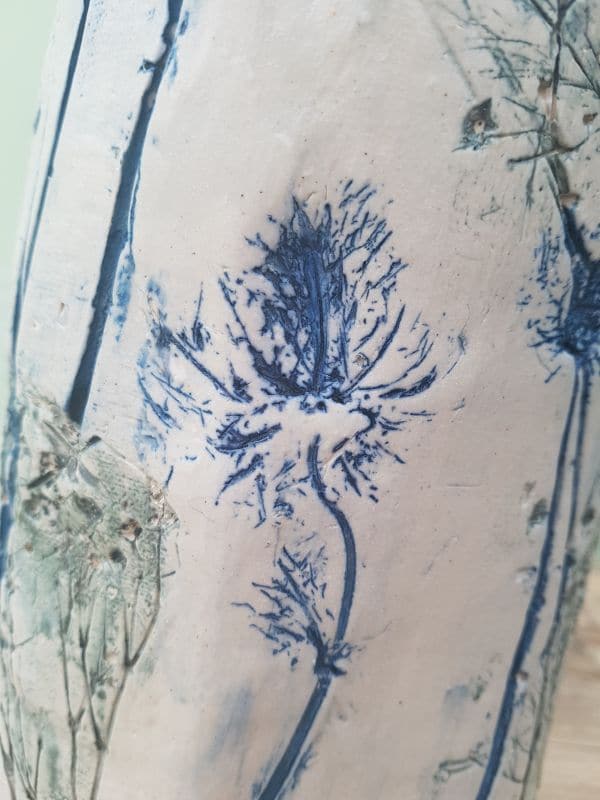 The detail that was picked up from the flowers worked really well. 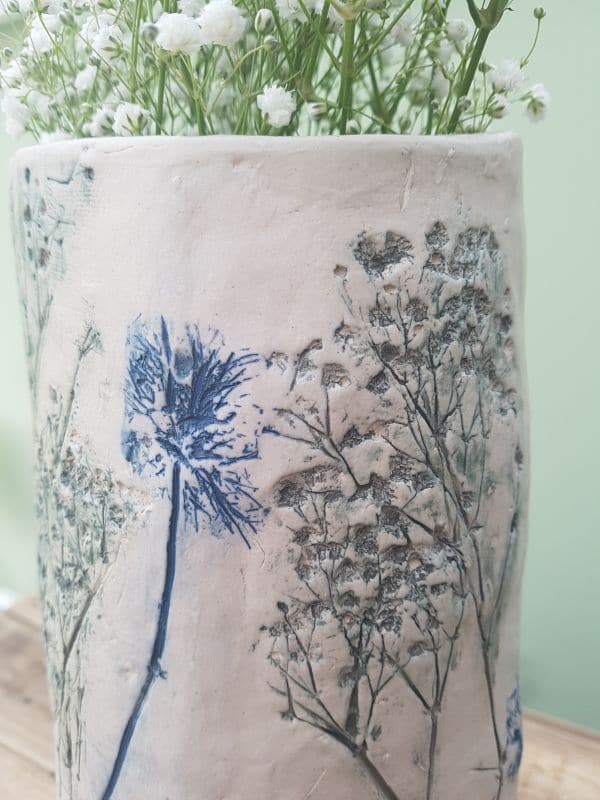 Thankfully the customer was very happy with the results, so I am happy too! I even managed to salvage half of the original bouquet as not all of it was used.

Vases are just one idea for special pieces that bouquets can be impressed into. I could also make bowls, tea light houses, wall art tiles, coasters, clocks or house number signs using your flowers. For more information and ideas please visit bouquet impressions.

It doesn’t have to be wedding flowers! Perhaps you were given flowers for another special occasion and don’t want to throw them away when they go over. Having the flowers impressed into clay keeps them preserved forever in your choice of piece, and makes a lovely gift.